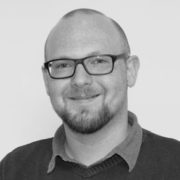 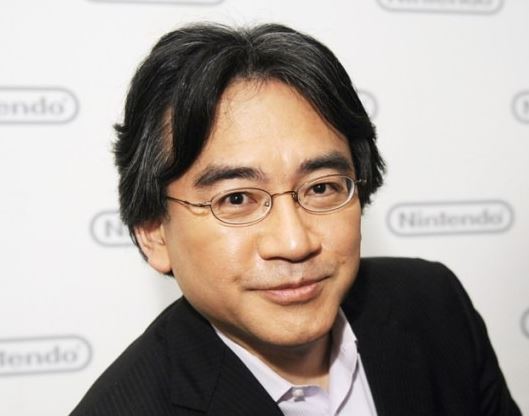 Last month saw the tragic passing of Nintendo’s much-loved CEO, Satoru Iwata at the age of 55. Iwata-san’s impact on the world of video games was huge and his legacy will continue to inspire and influence game creators for many years to come.

Before we explore Iwata’s biggest contributions to gaming, lets rewind fifteen years to the early 2000’s, when the video game industry was very different. Jesper Juul sums up this era nicely in his book, The Causal Revolution:

“Between the arcade games of the early 1980s and today, video games have matured as a medium, developed a large set of conventions, grown a specialized audience of fans . . . and alienated many players.”

The game systems of the time: Sony’s PlayStation 2, Nintendo’s Gamecube and Microsoft’s Xbox were largely focused on showcasing powerful hardware, aiming their sights squarely at the ‘hardcore’ gamer to the exclusion of everyone else. The Gamecube was unfortunately lacking the processing power of its competitors and sales were not strong. Then along came Satoru Iwata.

Iwata had been making games for Nintendo consoles since the early 1980s. His games development company HAL brought us classics such as the Kirby franchise, Balloon Fight, Pokémon and the Smash Bros series. In 2000 Iwata moved from HAL to a full time position at Nintendo as the head of the company’s corporate planning division.

In 2002, after the launch of the Gamecube, Iwata was made President of Nintendo, a position that had previously only been held by members of the Yamauchi family since 1889, back when the company manufactured playing cards (I bet you never knew Nintendo had been around for so long?!)

Realising that the gaming industry’s focus on creating systems that were merely ‘faster and more powerful’ was unsustainable, Iwata’s philosophy for the future of Nintendo was very simple: create fun games that the whole family can enjoy and make them as inclusive as possible. Being ‘fun’ was the overriding focus for Iwata, and where he intentionally deviated from the other big publishers of the time. The likes of Microsoft, EA, Activision and Ubisoft were more focused on spectacle – making bigger, better and more jaw-dropping set pieces ala Halo, Call of Duty and Assassin’s Creed.

Iwata went in another direction, taking a step back on the technical specification of the company’s consoles and effectively bowing out of the processing power ‘arms race’. This allowed Nintendo to focus their efforts of creating consistently great games at a much faster rate compared to other publishers. Iwata was very hands-on in this process, taking the time to talk with gamers at events and conventions to find out their needs and likes. As an avid gamer himself, he could completely empathise with and tap into a player’s mind-set. He would even help with the development of games by writing code himself. 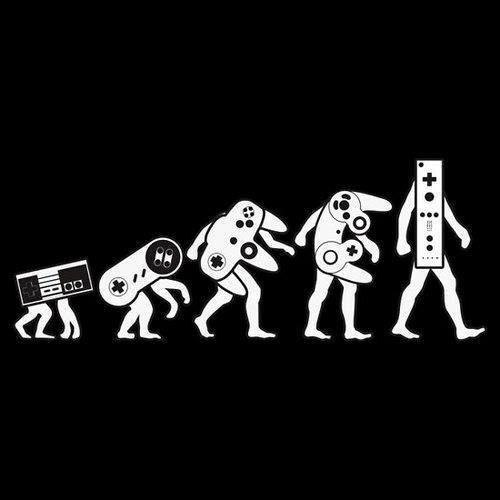 The evolution of Nintendo’s game controllers

The first major fruits of Iwata’s new approach came in 2004. Before the era of the smartphone (and casual gaming as we know it today), came the Nintendo DS. As well as traditional button and D-Pad control, the DS could also be interacted with through a touchscreen and microphone. This allowed controlling games to be more intuitive than ever before.

This inclusive philosophy was also reflected in the games released on the system at the time. Titles like Dr Kawashima’s Brain Training and Nintendogs appealed to whole new types of gamer, those who had previously been excluded from gaming culture. Not only did the subject matter of these games appeal to non-gamers, but the nature of the games allowed them to be picked up and played at any time to fit in with people’s busy schedules. They didn’t require a large investment of time and instead, could be played in short bursts.

Two years later, Iwata was instrumental in the development of Nintendo’s most successful home console to date – The Nintendo Wii. With the Wii, Iwata threw away the concept of the traditional game controller and replaced it with something approachable, unintimidating and resembling a TV remote control – The Wii Remote. The simplicity of the Wii was truly a revolution (‘Project Revolution’ was also the Wii’s codename during it’s development). Iwata had purposefully moved away from the intimidating design of previous Nintendo controllers (such as the N64’s three pronged design) and created something that everyone could pick up and enjoy without any previous knowledge of video gaming. 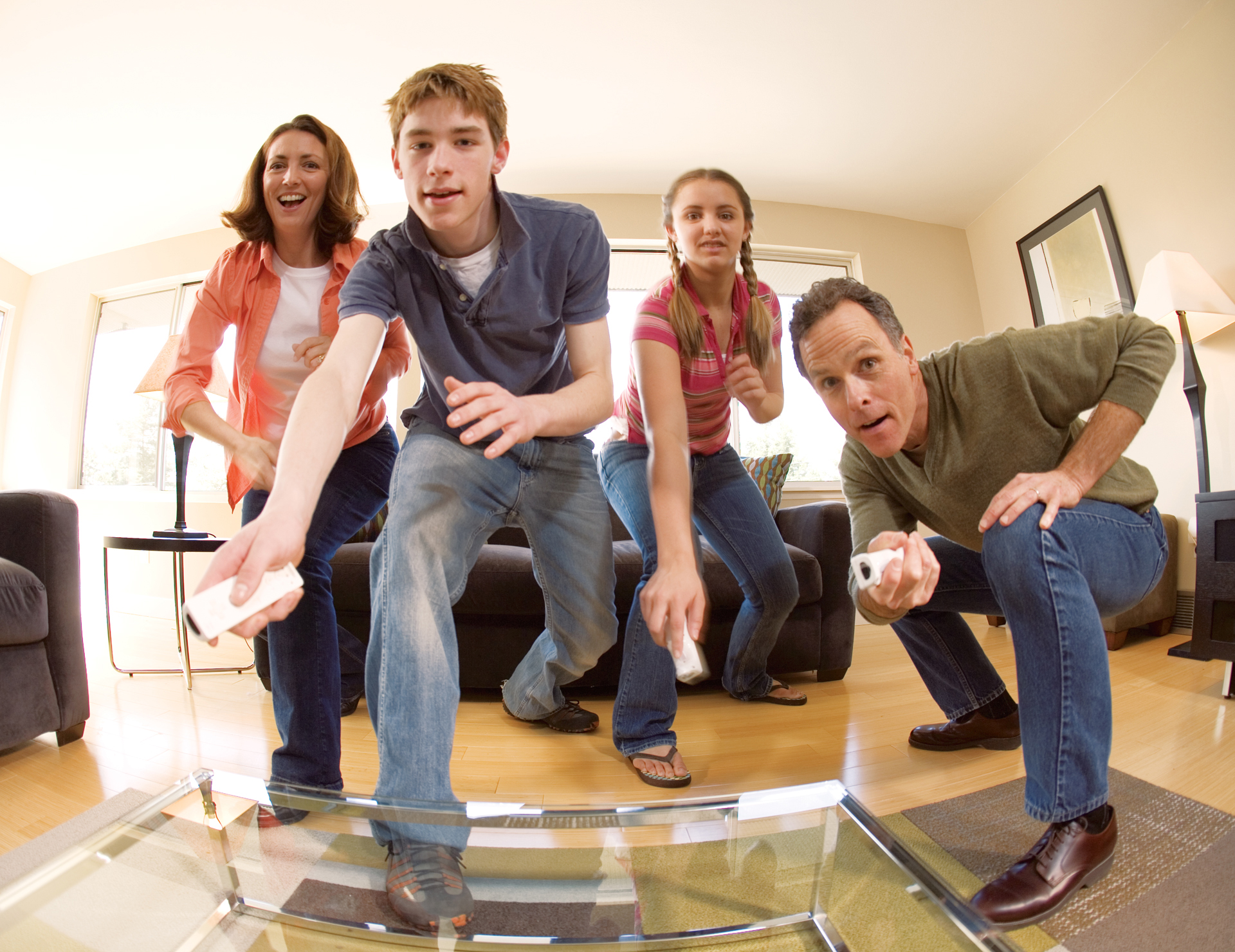 “Our intent is to show gamers something new. Something they might not even know they want” – Iwata, 2006

Suddenly games had transformed from being the domain of the reclusive teenage boy, to something the whole family (including grandma) could play together. To take launch title Wii Sports as an example, when playing tennis if you wanted to hit a backhand shot, you didn’t have to press a complicated and arbitrary set of buttons, you just mimicked a backhand shot! This new inclusive approach to gaming was an instant success and paved the way for systems like PlayStation Move and Microsoft Kinect.

Iwata’s new vision for Nintendo was not without its critics. For example, deviating so far from the technology used in Microsoft’s and Sony’s consoles meant that the Wii and Wii U have been largely overlooked by third party developers and therefore, they have had to rely more than ever on their own franchises such as Mario, Zelda and Pokémon. Nintendo has also faced criticism from gamers who no longer consider a console that their parents enjoy playing as ‘cool’. However, under Iwata’s leadership, Nintendo became a company that celebrates risk, something that paid off enormously with the Wii and DS. The company was not afraid to completely disregard established gaming conventions in order to bring the gamer – whatever their background – the best possible player experience.