Working with Dare Digital we provided user insights to improve the calendar function for the Premier Inn website. Premier Inn is the UK and Ireland’s biggest and fastest growing hotel company. With over 650 budget hotels offering quality accommodation at affordable hotel prices. They were voted as Hotel Chain of the Year in 2011, and Best Leisure Hotel Chain in 2012.

Dare Digital required support in providing user research and testing for one of their key clients, Premier Inn. We were asked to provide a proposal to identify areas of improvement on a new calendar function. They wanted to determine how a representative audience would use the site and the response to the new feature they were suggesting.

We were asked to gather practical insights through user interviews that would inform the design and development of the new calendar feature, and to assess if the proposed designs were enabling people to carry out key tasks. Research and testing needed to be set up within an agile framework alongside the back end development work from Dare Digital. Given the nature of the development approach and the tight deadlines, we had to get the findings reported back from the user testing and actions agreed on the same day as the testing. 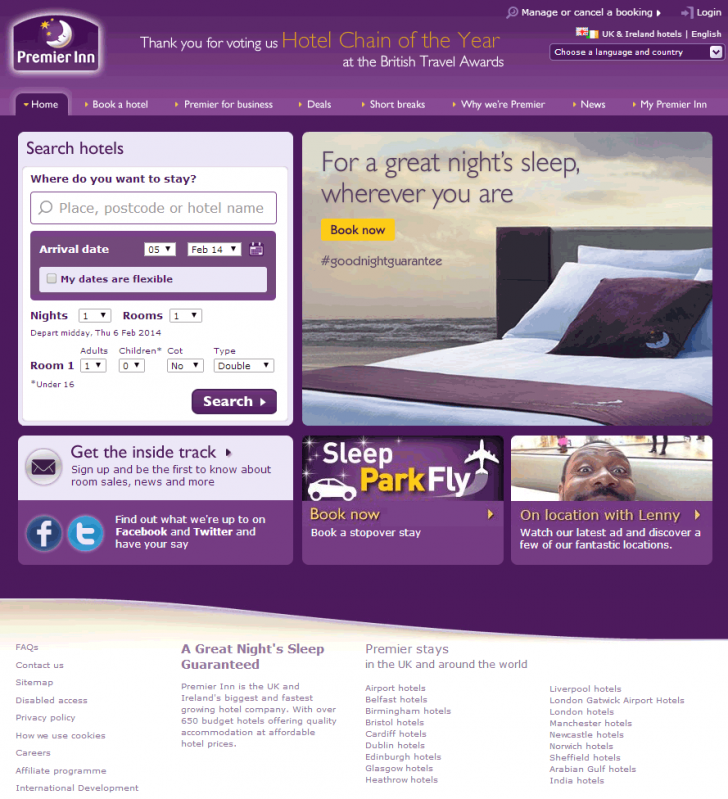 Due to the agile workflow, we ran user tests in batches. We ran a set of one hour tests with 4 users each morning, followed by a collaborative stakeholder session in the afternoon to agree and prioritise the list of issues to be addressed. A mixture of existing and prospective customers, of varying age ranges and gender were recruited to take part in the user tests. In total we interviewed 8 participants across 2 sessions, using a mixture of self-determined and predefined tasks on the website.

After the workshop sessions, the design and development team immediately set to work on the issues identified and fixed them for the next iteration or ‘sprint’ as this is also often called. We then ran the tests again in the following sprint with the suggested changes incorporated into the design. We were able to confirm when initial issues from round 1 testing had been improved, and found further suggestions for improvement for the next sprint.

Through user testing, we were able to recommend improvements to the calendar functionality and design early on in the development cycle. This meant making changes to improve the usability and user experience was much simpler for the design teams rather than waiting till the end of the design and build process, when there would be less time and budget to get things right.

Due to the agile workflows, we didn’t produce a typical usability report. We helped managed and share a collaborative issue list with notes around prioritisation of issues and assigned responsibility to each relevant party, taking into account design, business and technical constraints.