Testing and iterating a new design before launch

Orbis was founded in 1989 and provides its clients with global investment management.  They manage around £15 billion for more than 200 institutions and businesses.

Orbis are creating a new offering aimed at a different market segment to their current clients and they wanted us to help them test their new websites designs in order to see if it appealed to their target market and if it made sense to them.  The testing involved multiple rounds as the overall design as well as specific areas were tested at different times.  The multiple tests also allowed their designers to take user feedback on board and re-design and test in a short period of time. 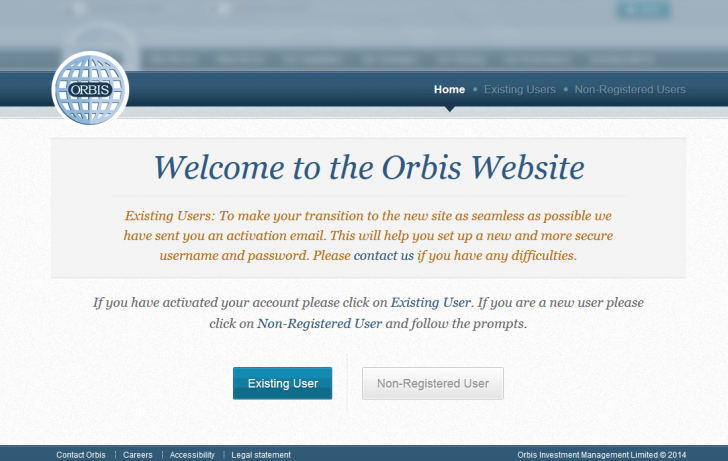 Users who met the criteria for the new site were recruited.  The recruitment was against many factors such as income, age, and investments held.  Task lists were then created to test specific sections of the site in collaboration with Orbis and the design team.  Participants were then brought in to test the clickable prototype that the designers had created.

The first round of testing was a general free form test where the participant was given freedom to move anywhere in the site they wished to.  The following rounds of tests had more specific focuses and whilst the participants were still allowed to move around freely the main questioning and probing happened on the sections that were currently of most interest to the design team.

Full formal reports and short agile reports were created during the testing process so that a fast turnaround could happen between the findings of the testing and these being implemented in the next round of designs.

Once all sections had been tested a second full test was used where participants were once again left to free-form go wherever they wished with the moderator trying to find out as much about their feelings without leading them in any way.

The results of the testing came in some different forms.  The more formal full presentations and findings were aimed at the overall site and what the participants thought about it.  A key area being what was actually being offered, as it was quite complex, and if the site felt like it was for a person such as themselves.

Agile reports were also created which were provided 24hours after the testing had been completed.  These allowed the fastest turnaround time between findings and updates to the design as testing was happening every 2-3 weeks during design sprints.