Founded in 1907 and consistently rated amongst the world’s best universities, Imperial College London is a science-based institution with a reputation for excellence in teaching and research.

Imperial were considering purchasing a new administrative piece of software but as part of their decision process they wished to run some usability testing on the system to see if it appeared to be fit for purpose and easy for their user base to work with. 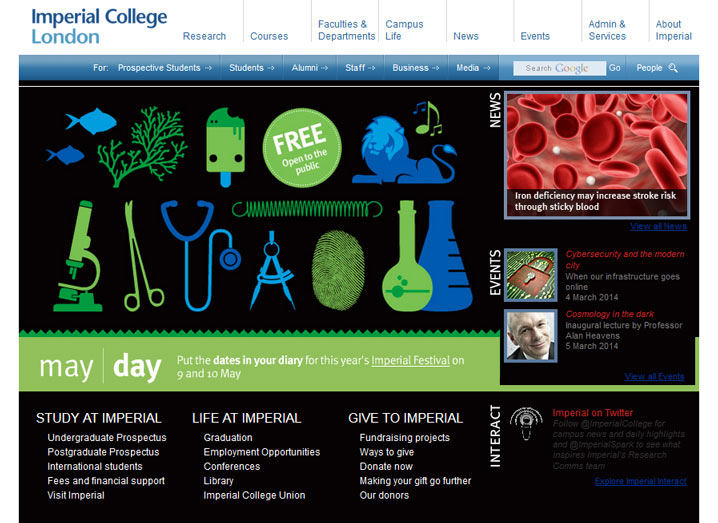 Participants were recruited from within the university who would be using the new system if it was purchased.  We worked in collaboration with Imperial to create a set of tasks that mirrored the likely requirements that would be placed upon the system.

We then set up a test lab at Imperial so that their employees only needed to take a short amount of time out of their day in order to help us with the testing.  During the testing the participants were asked to complete a set of mock tasks using fake data that matched the kinds of activities they would need to do on the system.

The results of the testing were put into a report that we presented to Imperials technical and management team.  The report not only pointed out possible usability issues but also aimed to show any benefits that the participants felt the system had over their current one.  The Imperial team then took our findings into consideration along with the many other factors they had to balance when coming to a decision as to whether they should purchase and use this system.