Hailo is a mobile phone app that was founded in 2011 in the UK by taxi drivers and entrepreneurs; the service matches taxi and cab drivers with passengers requiring transport. Hailo has active social media accounts which some customers use as a platform to engage with the brand about their services, about particular promotions or events happening (e.g. Hailo founder being in the news) 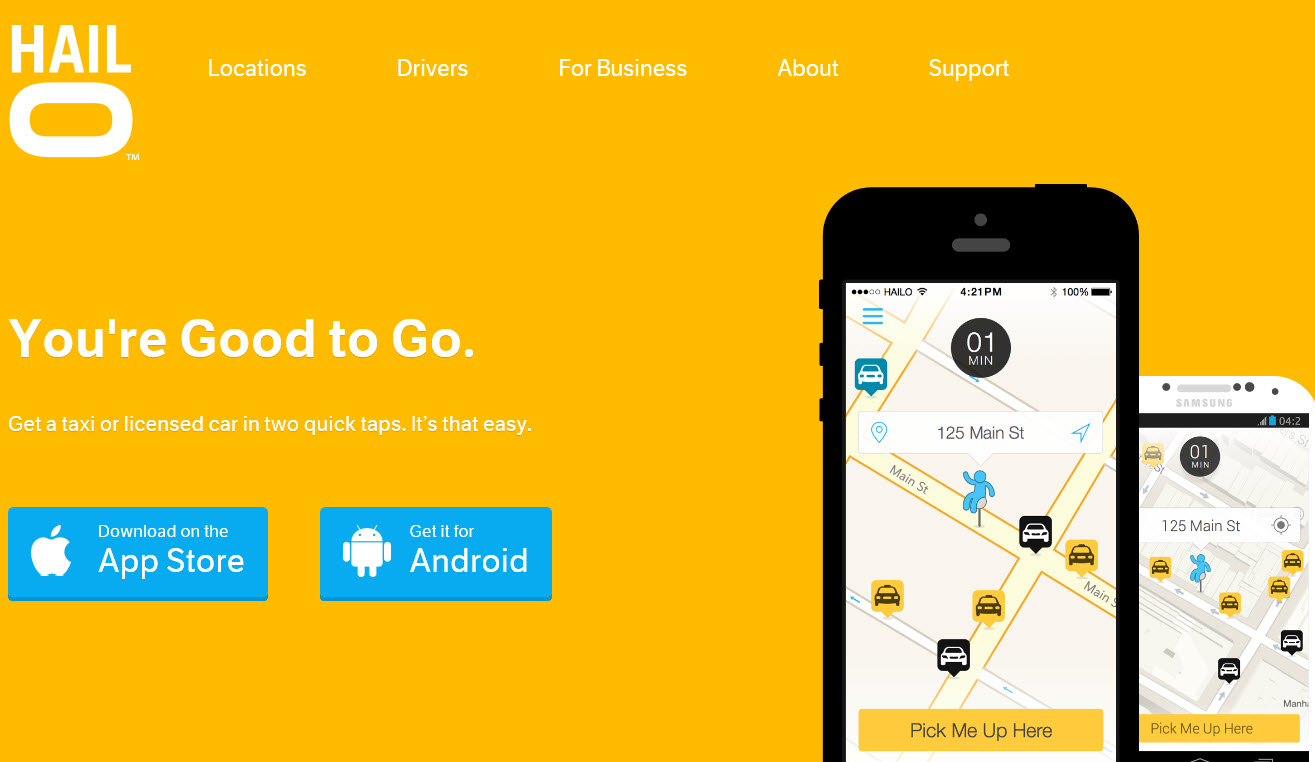 
Problem space – What is the sentiment towards Hailo?

Hailo were looking to understand the social media sentiment across several key locations for their brand, and more specifically understand topics that might be generating positive or negative buzz on social media.

They were keen to find out any differences in public perception between the locations, and any areas identified for further improvement to change the overall sentiment reflected on Twitter and Facebook platforms.

We first ran reports to gather social media posts on Twitter and Facebook that were directed to these key locations’ accounts for a specific window of time. Posts were manually coded in a spreadsheet to minimise any errors inherent to automated tools (e.g. automated tools typically do not recognise sarcasm, and might take the post at positive face value).

We coded a multitude of factors, including times of day, overall sentiment (positive, negative or neutral), and further broke this down into the specific emotions involved (e.g. satisfaction, or frustration). Posts were also coded according to the subject of the emotion to be able to draw correlations from the data. 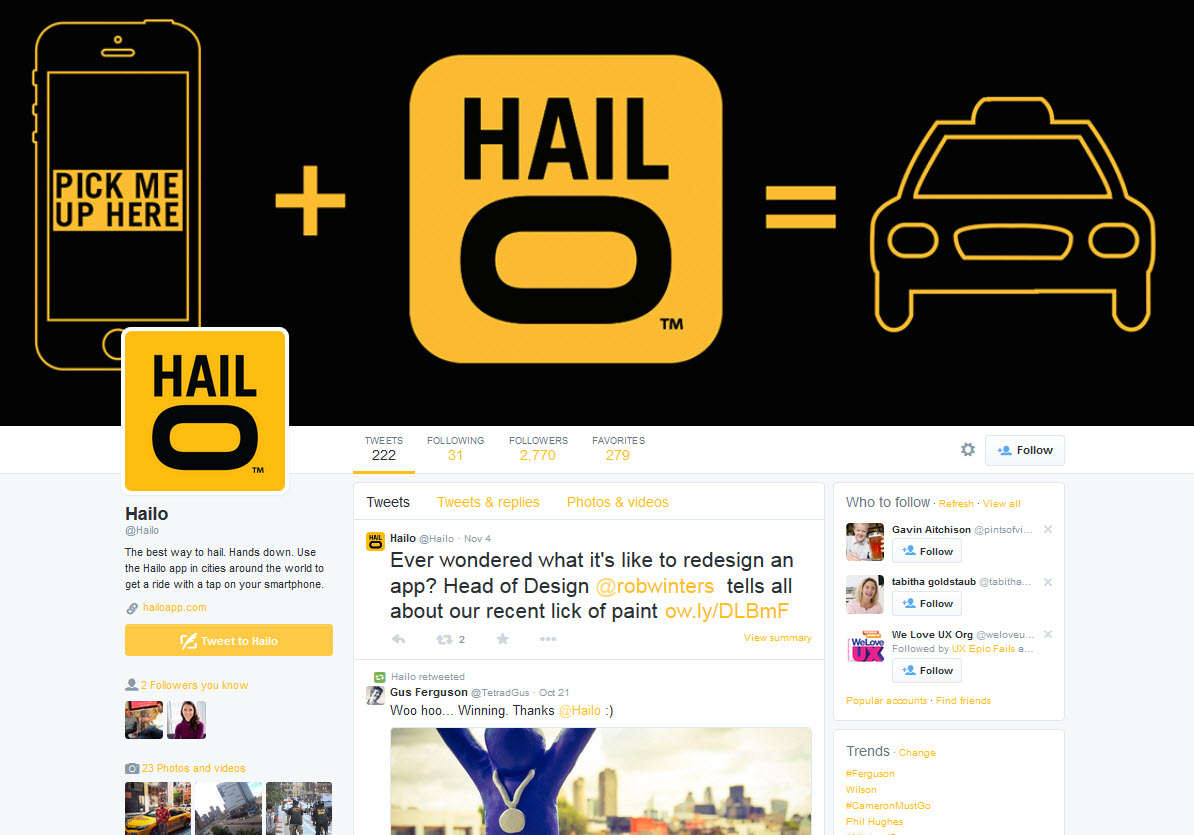 We crunched the numbers to discover the most positive or negative times of day, as well as the specific subjects that were generating the most positive and negative feedback from users. We also dug further into the specific subjects to discover the events that were generating buzz, and looked at mentions of any competitor services and how Hailo fared in the comparison.

We created a report and infographic to communicate general analytics as well as high-level insights to the Hailo team. Interesting trends emerged; for instance, humorous campaigns were found to be the most engaging and the type of content most likely to generate buzz and be shared by users through social media. 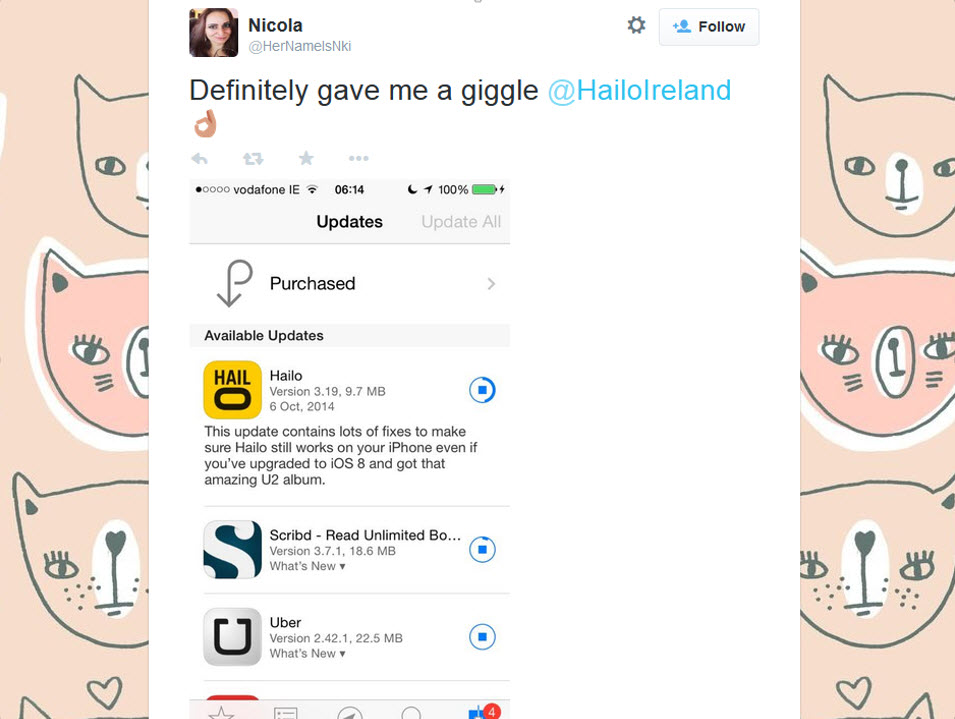 We put together an infographic to accompany this report, which illustrated the main results broken down for each of the key locations. This infographic allowed us to communicate data in a more visual way, and allowed for easy comparison between different locations for key data points. 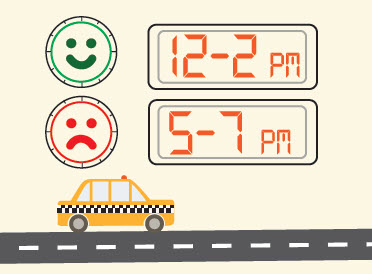 Example representation of key data trends – here looking at times of day where customers were mostly positive, or negative, in their Tweets or Facebook posts