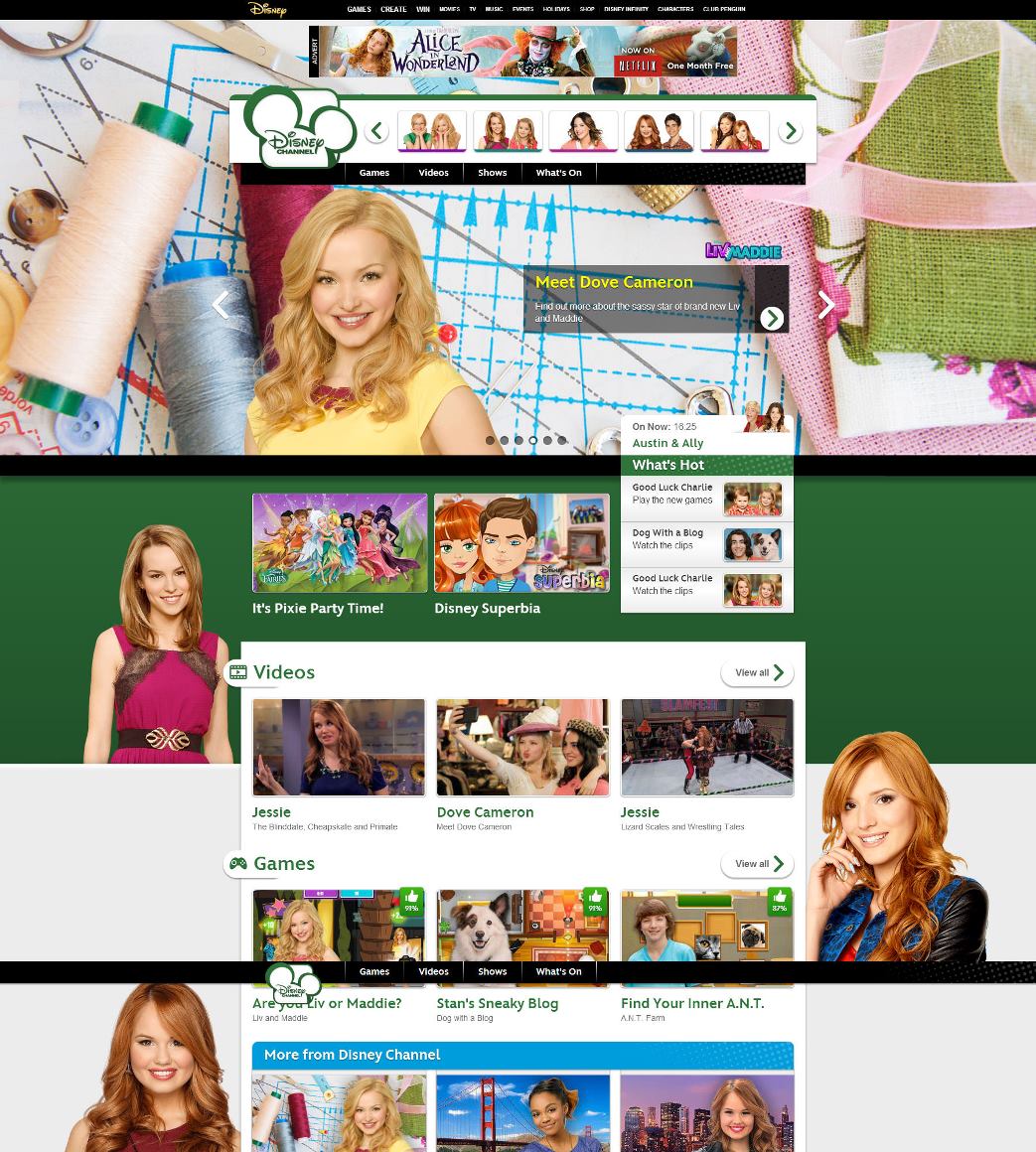 Provide a view on how to improve user engagement

Primary research objectives centred around the expectations of kids for the DC site with a view to improving user engagement. The client wanted to find out more about users habits, interests and how the site fitted into their target audiences’ lifestyle in general.

This project packed a lot of activities into a short space of time. Starting in the UK we designed a short pre-study diary for each participant, followed by 3 focus groups and then 8 in-home interviews, whilst simultaneously translating materials and setting up for the same activities over in Madrid, Spain. 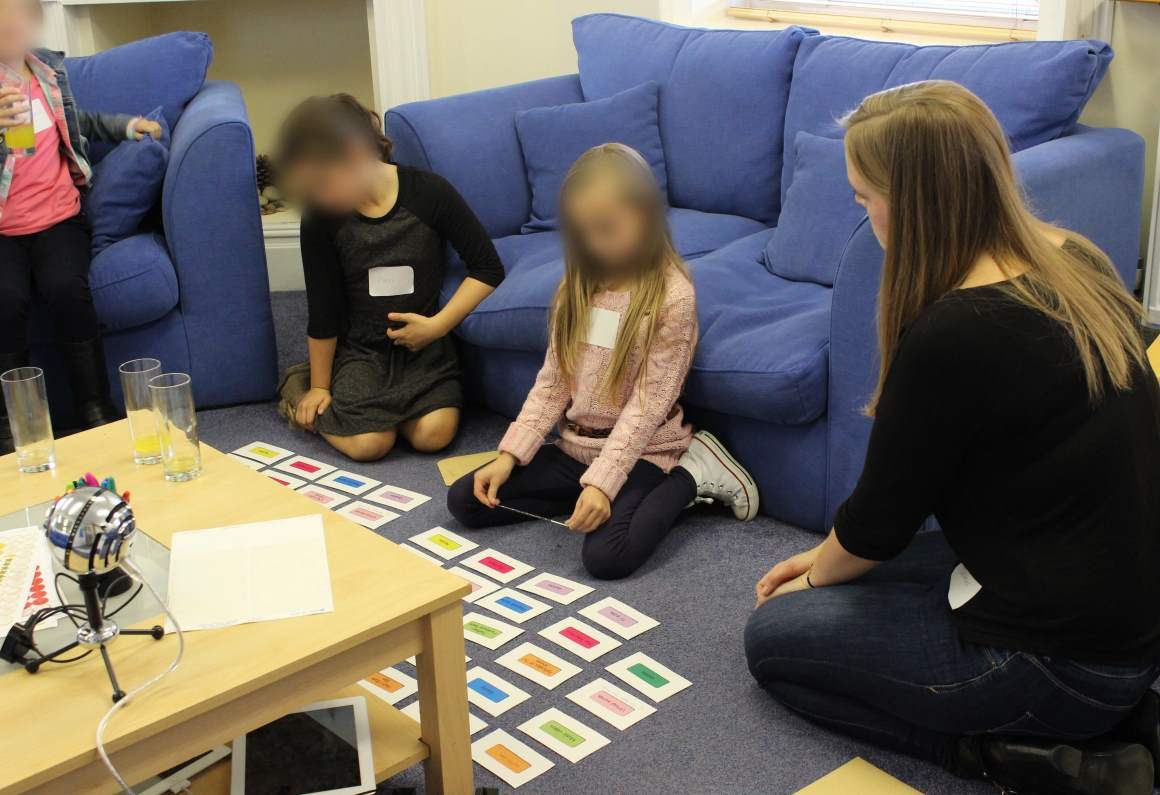 First we set up a pre-study diary with the aim to gather some contextual information for each participant prior to the focus groups and interviews. And because we aren’t all 9 year old girls, it gave us a chance to understand what characters, shows and activities were relevant to them, as well as enabling us to improve our communication with the kids once we met them.

We designed and illustrated the diary in-house, aiming to make the diary look as little like homework as possible, we designed it A3 with the use of different backgrounds, stickers and icons to make filling in the diary easier and more fun to do. We sent these off with reward stickers and coloured pens and pencils. With the short timescales, the diaries were with the kids from 4-7 days depending on when we were due to meet them. But we were really happy with the information we got back.

We then ran three all girl focus groups, split across 3 age groups (7-8, 9-10 and 11-12). We recruited kids in friendship pairs, using 2 pairs per session. Recruiting in this way improved the chances that the kids would be comfortable and open as they had their friend with them for mutual support. 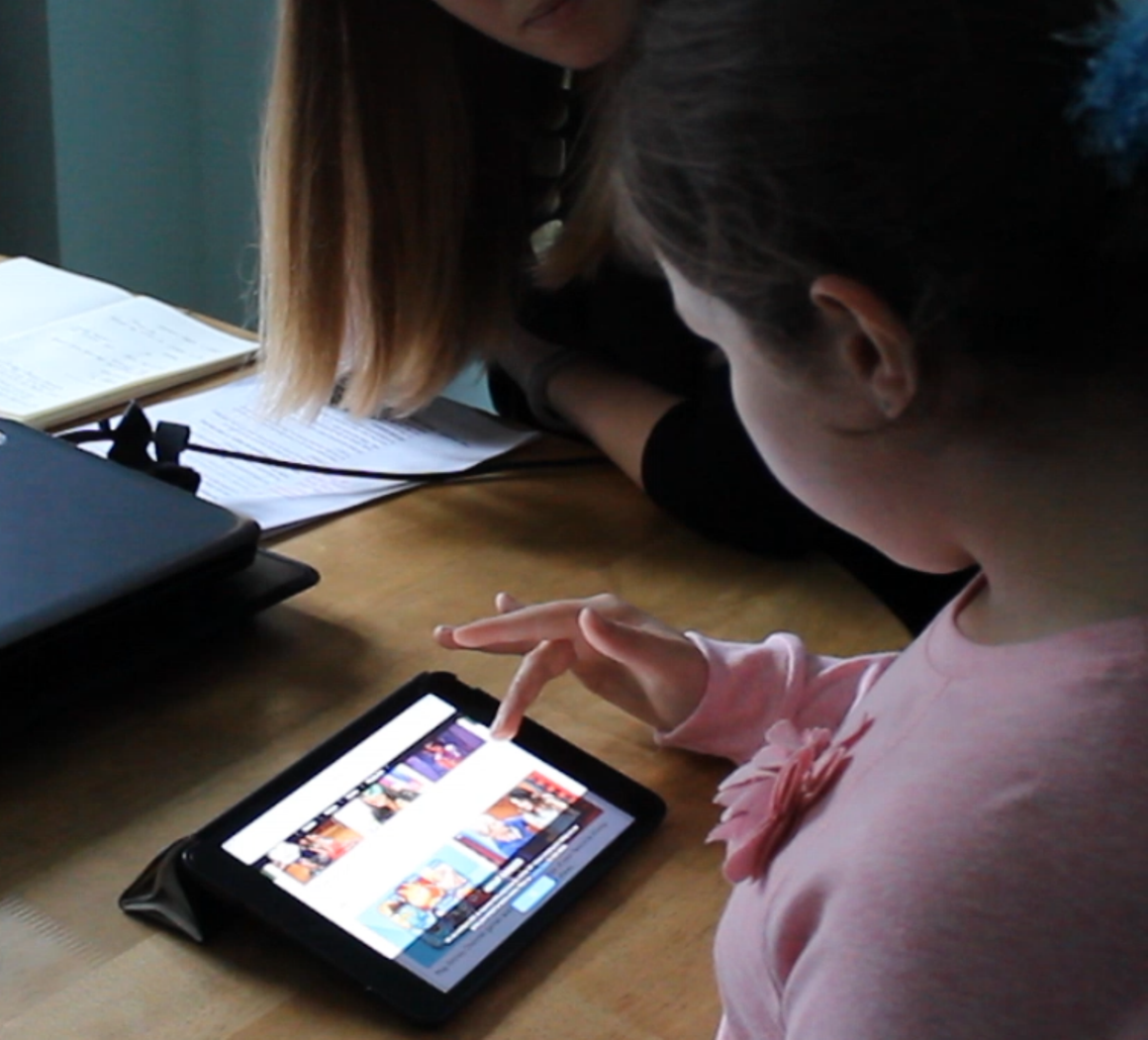 With the focus groups being run after school hours, we wanted to make them as little like school as possible, and we knew it might take some work to get the kids motivated and interested in the topic. Aside from applying biscuits, we used multiple activities such as card sorting and design review using stickers to get the kids awake and moving (this all went down a little too well with the younger ones). During the focus groups we asked the kids to explore the DC site on several devices (laptop, iPad, iPod touch and iPhone) and we then asked them to carry out and evaluate tasks with each device. Needless to say, this required a lot of skill from the moderators to keep to time and keep the kids focussed and interested in what they were doing.

Following the focus groups, two researchers, armed with cameras, various bits of recording equipment and several devices then visited kids in their own home setting after school. Here we were able to have a more in-depth discussion with the kids about their usage habits, as well as getting them to show us some of the things they usually do on their own devices. These sessions were fantastic for gaining deeper insights into the motivations of the DC audience and the barriers to using the site. During these interviews the kids were also asked to carry out some tasks to evaluate the navigation of the DC site. Having the opportunity to observe the interaction of the kids with the website across different devices provided numerous insights that fed into our final recommendations.

After each focus group and interview session we recorded a Vox Pop with a predetermined set of questions which we later edited into a professional video to be used during the final presentation. The in-home interviews also enabled us to create smaller clips of common issues or topics discussed with the kids, which further supported our recommendations to the Disney Channel.

After collecting our findings from this first round of research in the UK, we updated some of our materials and did the same thing again over in Spain, with one of our partner agencies.

We gained a lot of knowledge for the project but also a lot of valuable experience on how to work with kids; what works and what doesn’t. Our report covered navigation and user journeys, advertising, language, icons, design and layout as well as highlighting the pros and cons of competitor sites that the kids were already using regularly. We made sure to mix in user context, behaviours and comments throughout our report and presentation, and we further backed this up with a set of edited videos for common themes.

We’re excited to see how this work will impact on the Disney Channel Portal site in future.