Barclays Cycle Hire is a public bicycle hire scheme in London, United Kingdom. The scheme was launched on 30 July 2010 and the operation of the scheme is contracted by Transport for London to Serco Group.

The scheme is sponsored, with Barclays Bank the first sponsor from 2010 to 2015, and we were approached to test the iPhone application, working in conjunction with Profero. The scheme now covers approximately 65km2 of the capital, with over 8,300 hire bikes available from the 15,000 docking points spread across central and east London.

We were asked to gather practical insights during user interviews to ensure the mobile application made sense to the target audience.  We worked with Profero to review personas created for the target groups e.g. business commuters, day trippers and people visiting from abroad.

We tested the mobile application to ensure that key use journeys were being met by the target audience. 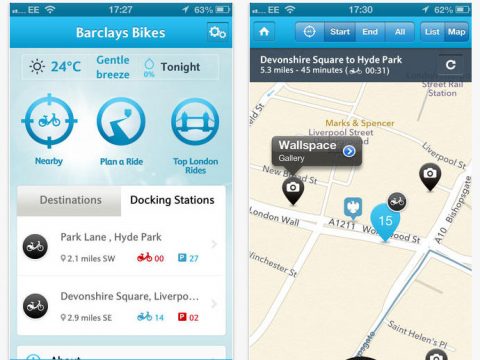 We identified suggestions and improvements to the mobile application, particularly around mapping, displaying routes and listing out the nearest available bike rack from your current location.

The project was awarded ‘best use of location based services’ at last year’s MOMAs (Marketing on Mobile Awards) organised by The Drum. The app has also been downloaded over 180,000 times.