Happy new year from the team!

2013 was a pretty good year for us here at Spotless. The team grew over the past year as we took on exciting and challenging new projects.

Over the last couple of months we conducted user testing of the Disney website with children across mobile and tablet, and several rounds of user research for Sony Network Entertainment in France, Germany and Spain, to name just a couple.

Of course, spending our Christmas ‘do in Paris wasn’t too shabby either… 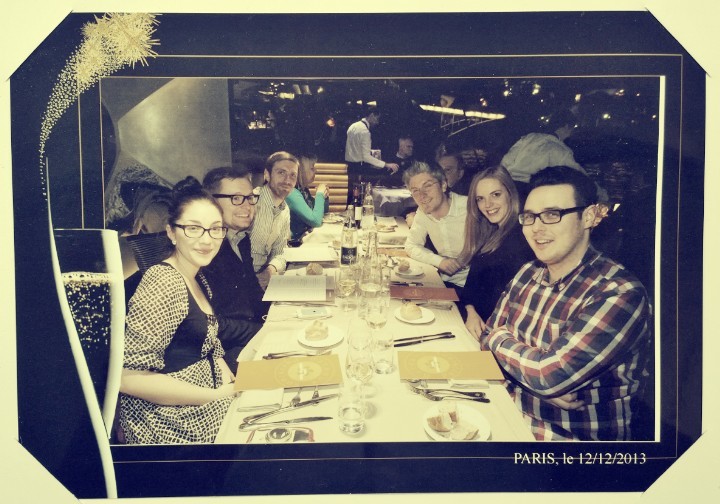 We look forward to exciting times ahead in 2014. It’s already looking good with some user testing for Waitrose, Fidelity, Ladbrokes, Orbis, Codemasters and much more already confirmed for the coming months. We’ll also be carrying on with user research for Sony, this time in Norway to flex our international testing skills.

Wishing you all the best for this new year, and we hope 2014 has already gotten off to a great start for everyone!